Linux and more than one controller with one Arduino

Linux usbhid-module doesn't support out of box multiple controllers with one USB without USB-hub-features (I'm not sure about this, but I didn't manage to get multiple /dev/js-devices without this).

Another possibility is change VID and PID to something that already has HID_QUIRK_MULTI_INPUT (0x40) activated in kernel. Here you can see what quirks are activated to different VID/PIDs: https://github.com/torvalds/linux/blob/master/drivers/hid/usbhid/hid-quirks.c

Select your controller by commenting and uncommenting stuff from beginning of source code and give your IO-pin numbers. Every one uses same button numbering, so if you make multiple adapters for different controllers, you have to teach buttons to emulator/game (or whole emulation system like RetroPie or RetrOrangePi) only once.

You can also enable or disable Konami-code-shortcut. For now it works only with Genesis 6-button controller (X+Y+Z+UP (or DOWN)), SNES-controller (X+Y+R1+UP (or DOWN)) and PSX-controller (rectangle+circle+triangle+UP (or DOWN)). "UP"-version is normal and "DOWN"-version swaps A and B. Some games demands that not other buttons are pressed before code and that's why only last pressed button can be button which have some function in emulator.

There is simple tutorial in Tutorial folder. I tried to make it as clear as possible, so even if you are not familiar with coding, you may can do modifications to it (example add a button).

If you want that less than 16 buttons are shown in joystick-settings, edit Joystick.cpp/Joystick2.cpp/Joystick3.cpp "USAGE_MAXIMUM"-line (0x10 = 16). You may to have create new project after that, because all libraries are not recompiled every time and I don't know how to force full recompile. 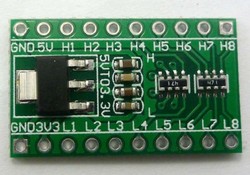